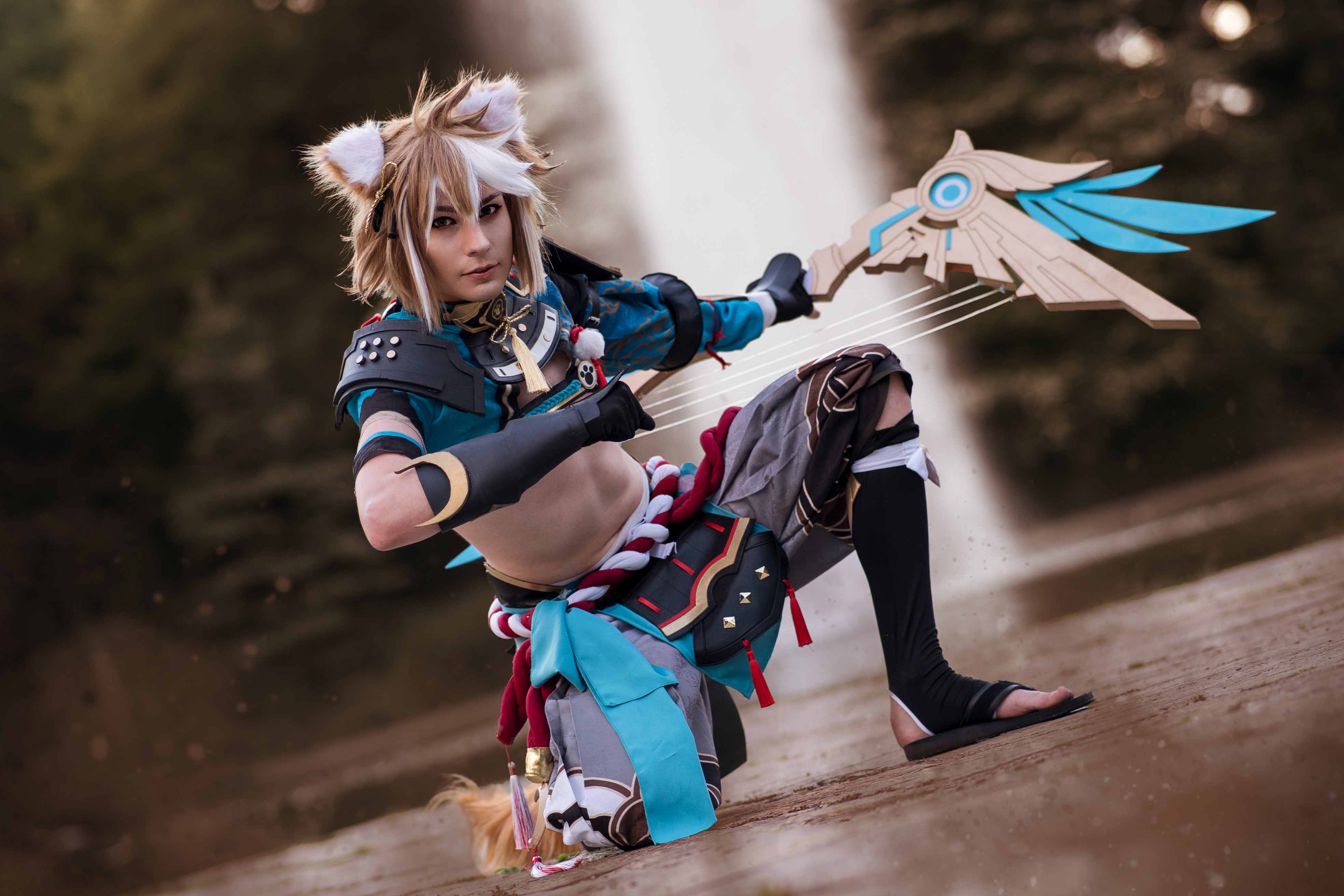 CosplayHero is an online cosplay store that sells some of the best quality Cosplay costumes. Founded by Max Wellner, a German entrepreneur with tons of accolades to his name, this store is all but a reflection of Wellner’s passion for Cosplay and the world of Japanese anime.

Wellner also goes by SnowDragon whenever he gets into his character as a professional cosplayer. He is currently one of the best cosplayers hailing from Germany. He has started this CosplayHero store to allow other Cosplay enthusiasts like himself a platform where they can buy all kinds of costumes, that too, in premium quality.

Not only this, even new game cosplays are available games at CosplayHero. Some of the more notable game costumes in the store are Genshin Impact, The Legend of Zelda, Assassin’s Creed, and The Witcher. From the same founder, Max Wellner, other costume e-stores like Harayuku, Kiguki and Maskky sell kawaii clothing items and accessories.

Maskky, in particular, is a new addition to his line of Cosplay costume stores that sells Kawaii masks for everyday wear. These masks are designed with cute graphics and animal prints and are minimalistic.

In addition to costumes from popular anime and games, CosplayHero also sells costumes for other purposes, such as Halloween costumes and a range of kawaii fashion. The website showcases many clothing types, including some accessories for the outfits. Because of the versatility of this shop, customers need not go searching for other Cosplay stores to find a full costume.

CosplayHero sells everything from the undergarments of the outfit to the belts, hair bands, wigs, harnesses, and anything else the character needs for the most realistic Cosplay.

All the clothing items on the CosplayHero platform are made to order, which means a dedicated team of designers works to create and bring the character’s costume to life.

Since their clothes are all made to order, the sizing is always a perfect fit for all their clients. They also use only premium materials for all their designs so that cosplayers can always be comfortable wearing the costumes all day.

The design of all the costumes on Cosplayhero is perfected to a T because the store’s founder is a professional cosplayer, so it only makes sense that they have the best items to sell. Being into Cosplay, max Wellner is well accustomed to the feelings of discomfort when wearing stuffy and heavy costumes throughout the day.

To tackle this obstacle, Wellner created this platform where other enthusiasts like himself can custom order their products and make them with the best quality materials. Even if they wear them the whole day, there is no discomfort.

Additionally, they have a vast range of accessories for every kind of cosplayer, so it’s truly a one-stop-shop for cosplay fanatics.

Talking about his CosplayHero store, Max Wellner perfectly quotes it as an “A Cosplay Shop by Cosplayers, for Cosplayers.” He also said that his main goal for starting the shop was to create a space for all cosplayers that stood out and was “more than just another online shop for cosplay.”

“We work directly with various cosplay manufacturers to offer you the best possible prices,” Max Wellner said, discussing the pricing of all the items in his store. But because Cosplay is growing and more people are making it more mainstream, there’s always the question of why choose CosplayHero from among other stores that provide similar services.

The most important thing for Max Wellner is to have credibility among his potential customers. And to create this sense of reliability for his company, he makes sure that every order is customizable to fit the customers’ needs. Additionally, Wellner says, “We are a German company, not a dubious dealer from abroad. So you always have a contact person in case of problems, you get invoices with VAT, and returns are super easy.”

Because the team and its founder are all cosplayers themselves, it creates a unique understanding between the makers and the buyers, allowing CosplayHero to rise as a reputable Cosplay shop in the region.

Furthermore, a feature that sets CosplayHero apart from other Cosplay stores is that customers can sell off their old Cosplay costumes for free or even lend them to other cosplayers.

With much of the world becoming more environmentally conscious, it’s great to see new and upcoming business ventures incorporate eco-friendly policies and principles. The principle of reducing, reusing, and recycling is greatly emphasized in CosplayHero. It’s more than just a Cosplay store; it is a community where people can form connections and network with fellow Cosplay enthusiasts.

What sets CosplayHero apart from others is that even if users can’t find what they need on their website, it is easy to contact the team and place an order for whatever is required. Some of their costumes are limited editions, so it makes them all the more desirable for Cosplay fanatics all around the world.

Some of the most in-demand costumes on CosplayHero are Attack on Titan characters like Eren Yeager, Ackermann, Levi Ackermann, ArminArletor Jean Kirstein. They also have Legend of Zelda costumes, Sailor Moon, Naruto, Bleach, Dragon Ball Z, Black Butler and the characters from My Hero Academia characters like Todoroki, Uraraka Ochako, and Bakugou Katsuki among others. Apart from anime, they also sell costumes of superheroes like Spiderman and batman.

At the same time, users can lend their costumes to fellow cosplayers through the platform, reducing waste and promoting sustainability. They can also sell off their old costumes if it no longer fits them or where a one-time buy so the company can reuse the items for designing something else.

The team at CosplayHero can be called a well-oiled machine that has tirelessly spent so many years perfecting their trade, making sure that they only use the best of the best techniques to create the dream costume for their clients.

Although based in Nuremberg, Germany, they ship worldwide, so it’s not a problem for international fans of the store; they can still enjoy the services provided by the store.