Cyclops recently put Forge in the running for a spot on the latest incarnation of the X-Men, with this 90s era cosplay showing how Forge might fit in!

During the recent second annual Hellfire Gala, the latest roster of Marvel’s Merry Band of Mutants, the X-Men, was chosen, and in a new cosplay, Cyclops’ pick for the latest version of the team, the brilliant mechanical inventor named Forge, gets his 1990s swag back with a costume that replicates this fan-favorite look perfectly!

Recently shared on Instagram by username @nerd_alert_cosplay, cosplayer Jason Aluicino’s page is full of posts that show off his dedication to the craft and love of all things nerdy. Cosplaying as characters not just from the X-Men, but from properties such as Tron, Metal Gear Solid, Street Fighter, DC Comics, and more as well, Jason’s attention to detail while coming up with his next cosplay costume is a sight to see, and his take on Forge is no exception.

A staple member of the X-Men since his introduction in 1984 by iconic X-writer Chris Claremont and prolific artist John Romita Jr, Forge is a Native American member of the Cheyenne nation and is a mutant of near omega-level power in terms of his mutant gift. A genius capable of envisioning and creating practically any kind of mechanical device known (and unknown) to man, Forge has been an integral part of the X-Men franchise for quite some time now, with his 90s look still being a highlight for not only himself but the entire X-Men team in general.

Holding an automatic weapon that he — like Forge — dreamed up and created himself, Jason goes all in on the yellow and blue color scheme the 90s X-Men team wore with pride while adorning his suit with all the necessary pouches and accessories (such as a metal leg), that really makes this X-Men cosplay a comic-accurate look that fans can appreciate. Finishing things off with two of the most important pieces on Forge’s costume, a giant “X” belt buckle and Forge’s signature flowing red bandana, Jason nails the look and feel of an X-Men hero who gets far less love than he deserves.

So now with Forge back on the X-Men proper, maybe he, Cyclops, and the rest of the team will bring back the 90s look that made a whole new generation of fans fall in love with these iconic Marvel Comics characters. Jason Aulicino’s Forge cosplay is a treat to see for X-Men enthusiasts, so be sure to check out his page for more nerdy posts!

Next: Cyclops’ God-Tier Son Is a True X-Man in Comic-Accurate Cosplay 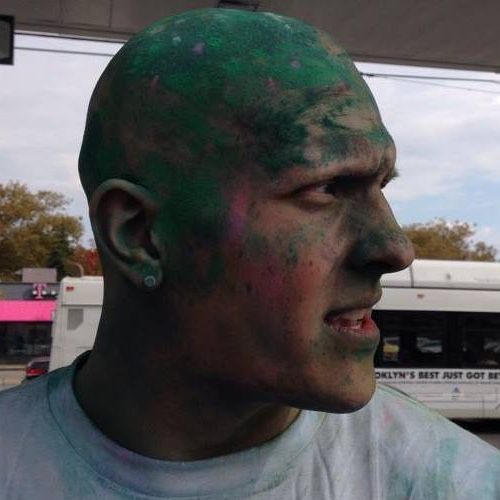 Brian is first and foremost a nerd in every way shape and form. He likes to compare himself to a black hole, consuming any and every form of entertainment unlucky enough to get caught in his gravitational pull. It’s not uncommon on any given day for him to read a couple comics, settle down with a good book, watch a few movies (inside and out of the theater), catch up on his ever growing but never depleting streaming queue, challenge himself with a few good video games, and of course, write his heart out. He spends every waking moment dreaming up interesting and intriguing concepts and ideas that will hopefully one day inspire and entertain anyone looking for an escape from their daily lives. Graduating from Full Sail University in good old humid Florida, Brian currently lives and works in New York City and lives for the day when all he has to do is wake up and create something unique and new for people to enjoy.