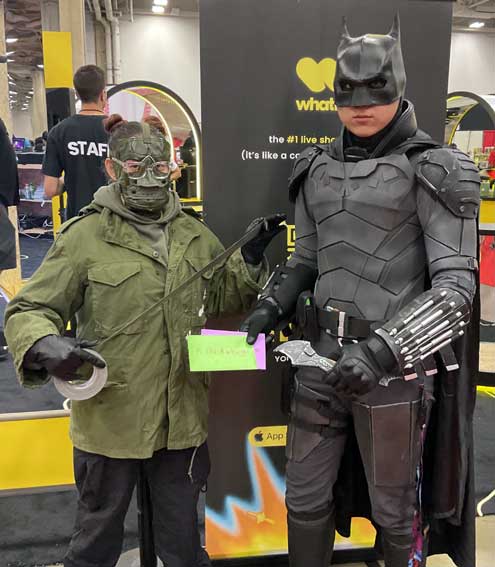 Dallas, Texas — In todays day and age of superhero movie mania, its easy for the flashy fights and epic acts of heroism on the big screen to sweep you up into your own imagination sometimes. The daydream that, much like one of the multiple universes in a Marvel movie, just maybe theres a version of yourself out there who not only saves the world, but also delivers the perfect one-liner while doing it.

Batman and The Riddler cosplay.

While beating up bad guys bent on world domination may not be on the table for most, there is a way for some people to capture a little bit of that swagger without necessarily having to put their neck on the line. Its called cosplaying, and it often goes far beyond simply dressing up in costume.

For the uninitiated, cosplay can be a somewhat puzzling hobby. After all, the concept of dressing up like your favorite character from a movie or show likely naturally evokes thoughts of strip mall Spirit Halloween stores rather than the hours upon hours of planning and creation that go into a handcrafted cosplay project.

FAN EXPO Dallas provided an immersive primer on the elaborate art and intense dedication that can go into cosplaying. The show included a number of panels on the subject ranging from how to choose the right tools for costume creation to how to pose for photos with fellow fans, a common activity at the expo.

Rachael Marie, known as LuckyGrim in the cosplay community, hosted one such panel which took the form of a primer on how to plan and design costumes. Maries costuming background includes an extensive amount of convention experience as well as work with Marvel and, most recently, the Power Rangers inspired Legend of the White Dragon movie.

Her panel helped illustrate the amount of creativity and attention to detail required to excel in costume design, even on an amateur level. With an eager audience in front of her, many of whom were in costume themselves, she explained professional tips and tricks of the trade like using an Oral B Sonicare toothbrush to get wardrobe dirt into the nooks and crannies of her costumes.

Theres ways to do dirt and damage that tell a story, Marie said as she explained how cosplayers could use a sander belt set to low on the edge of a jedis robe to create the weathered, time-worn look that fans see in shows like the streaming hit Kenobi. She believes its important to understand the background of your character and the specific types of damage they may have encountered, while also simultaneously realizing that nothings ever really pristine.

In that respect, she was quick to note that even costumes that were meant to look clean and sleek to the naked eye simply arent perfect.

Nonetheless, striving for perfection clearly drives some of the cosplayers who attended the expo, like those at the Mandalorian Mercs Costume Club. The clubs members, dedicated to all things Mandalorian from the Star Wars universe, pour numerous hours into their impressively detailed handcrafted suit designs which oftentimes take anywhere from 4 weeks to a year to finish.

The head of the organizations North Texas chapter, founded in 2010, explained the process members use to create their costumes. Members craft the main sections of the Mandalorian armor by cutting PVC plastic sheets to shape and heating them to the proper curvature. Then, the costume designer plots out where the appropriate scuff and damage marks should be for their specific design before applying multiple layers of paint to achieve the proper color patterns and realistic signs of wear and tear. 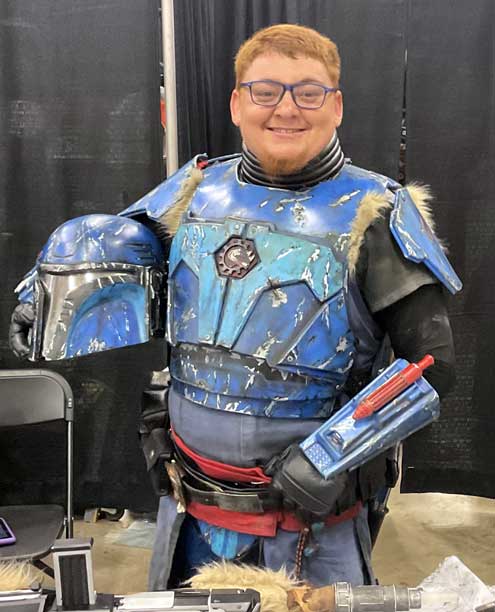 Some club members dont consider their suits fully complete for multiple years after they are wearable and already visually stunning. Frequent quality of life improvement, such as replacing the neck cushions where the helmet sits, are commonplace in that regard.

The results of all that time and energy do speak for themselves, however. The outfits are moving works of art, plain and simple. Each blaster fire mark looks like it tells a story worthy of at least a Disney Plus mini-series itself.

The Mandalorian Mercs Costume Club wasnt alone in its dedication to the cosplay craft at the expo either. From towering outfits which required the use of stilts to superhero costumes that looked so accurate they may have just stepped straight off the screen and onto the showroom floor, carefully crafted cosplay was the norm at FAN EXPO Dallas for those in costume.

Some attendees dedication extended beyond the visual as well too. The Avengers Initiative, a national nonprofit organization, set up a booth at the expo. The organizations members strive not only for impressive costumes, but also to perform a bit of heroics themselves through what the group calls causeplay. 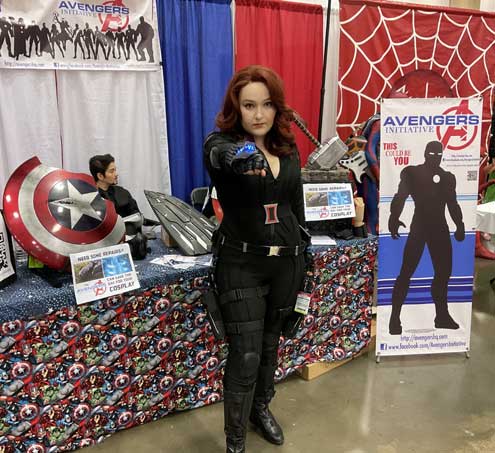 The Avengers Initiative visits local charitable organizations in character to help cheer up children in need through groups like Make-A-Wish and the Ronald McDonald House Charities. In other words, the groups members not only look the part of the hero, but they act it as well.

Its the kind of community-centered attitude that was readily apparent traversing the convention booths at FAN EXPO Dallas. Cosplayers were more than happy to stop for pictures with anyone who asked, some even posing with multiple groups of excited fellow attendees at a time.

Those types of interactions, along with the expo as a whole, made the appeal of cosplaying readily apparent then. It not only gives someone a chance for artistic self-expression within an inviting and supportive community, but it also just might make the cosplayer feel a bit like a superhero themselves.

Batman and The Riddler cosplay

Rachael Marie, aka LuckyGrim, in costume at her FAN EXPO Dallas panel