Nightwing Cosplay Will Make You Want Dick’s Sister to Take

An amazing new Nightwing cosplay from Brook Le shows what it might look like if Dick Grayson’s sister put on the black and blue uniform.

A stunning new cosplay gender swaps Nightwing, and gives fans a taste of what it might look like if Dick Grayson’s sister Melinda chose to don his iconic costume.

Melinda Zucco is Nightwing’s long lost sister, as revealed in Tom Taylor and Bruno Redondo’s memorable “Leaping into the Light” storyline. The mayor of Blüdhaven, she reveals her secret connection to Batman’s first Robin in Nightwing #81. Melinda was in fact the daughter of John Grayson, Dick’s deceased father, and Meili Lin, an escaped slave bride of the mobster Tony Zucco. Meili ran away and hid from her husband in the same circus as the elder Grayson. The two eventually had a relationship together, which resulted in a daughter. The affair took place before the John Grayson met Dick’s mother, and Tony Zucco would eventually murder Nightwing’s parents. Their deaths would set Dick on the path to vigilantism.

Related: Nightwing Cosplay Makes His 90s Costume Cooler Than Ever

Now, imagine if the roles of the two siblings had been reversed, and it was Melinda who had decided to put on the blue and black costume. Cosplayer Brooke Le recently shared her version of a gender swapped Nightwing on her Twitter account. Though she does not specifically call out Melinda Zucco, the amazing costume gives a good idea of what Dick’s older sister might look like if she put on his heroic attire.

With photography by @cooper_burns, the set of six pictures shows off an impressive Nightwing outfit that combines the right amount of leather and armored parts to be both form fitting and practical. Amazing details, like a shimmering blue domino mask, high buckled boots, and Nightwing’s signature escrima stick weapons really bring the look together. Even if the cosplay is not specifically meant to be Dick’s sister, it definitely shows off the the exciting possibilities of what could be if she ever decided to take on the mantle. Melinda may not have donned the mask yet, but this gives a pretty good idea what it might look like if she did.

Nightwing is one of the most popular heroes in DC Comics right now, and that is in no small part due to Tom Taylor and Bruno Redondo’s run with the character. In this striking new cosplay Brooke Le perfectly recreates Dick Grayson’s iconic costume and gives fans a taste of what the hero’s new half-sister might look like if she were to ever take up her brother’s calling. Melinda Zucco may not have suited up yet, but she has helped her brother Nightwing achieve what Batman never could. So, maybe a vigilante night job is not be totally out of the question for her. After all, it is in her blood. 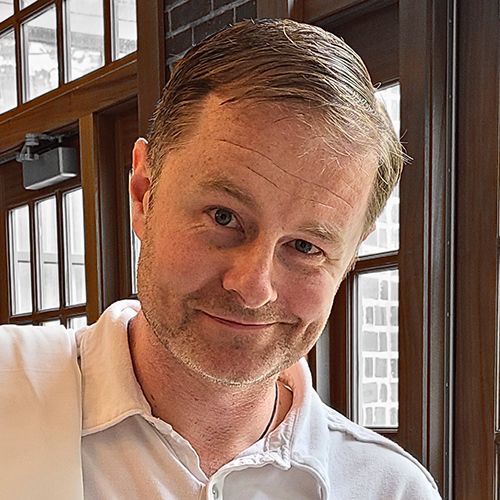 Last son of a dying world, Adam is a comic news writer for ScreenRant and an author of the book series: Friday’s Bar for Supervillains. A writer and educator from the NYC area, he spends his nights working furiously on novels and his days showing his son how to be a good nerd.
Say Hello to him on Twitter @AdamJBrunner